We’ve actually past the halfway mark for TCFF 2018! Wow, where has the time go? I can’t thank my blogging team enough for helping with the reviews and interviews! Special shout out to Holly Peterson for today’s pair of reviews! We’ve got a family film that’s in keeping with TCFF’s 2018’s Social Justice Cause (Changemaker Series), that is Animal Humanity, AND a fun documentary about miniature golf! 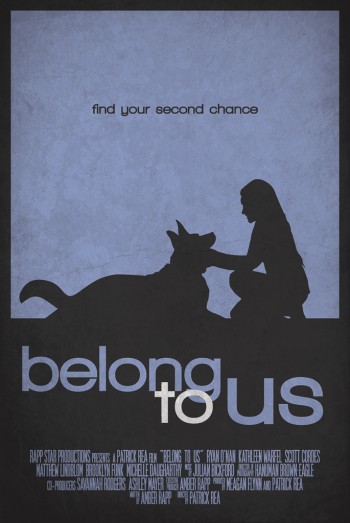 An injured dog finds it’s way into the hearts of a family after escaping an underground dog-fighting ring.

Belong to Us centers around a small family and a runaway dog. An animal-loving girl finds and falls in love with that dog – which recently escaped from a dog fighting ring. She names him Duke and sneaks him into her home with the assistance of her grandmother and big brother. The three of them hide the dog from the father: a well-intentioned man who is too preoccupied with his work and too hung up on his destroyed baseball career to be a good father to either of his children. 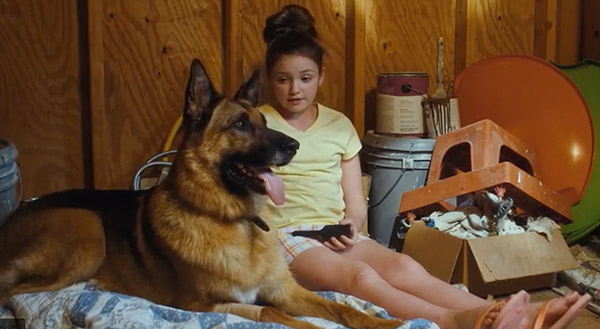 The biggest mistake that Belong to Us makes is that it takes itself too seriously and tries to do too much. Too much of the story relies on coincidence and overly dramatic events, and there are too many disjointed side stories that add little – if anything – to the overall story. What should be a cute, family friendly film is interrupted by a completely tangential love story and an unnecessarily dark side story about Duke’s dog fighting owner trying to find his dog. The movie clearly wants to argue that dog fighting is bad, but that point could have been made in a way that fit into the otherwise family friendly tone.

Most of the cast is great. Paige (Brooklyn Funk) and Decklin (Matthew J. Lindblom) are both great standalone actors, and their sibling chemistry is really fun. Lindblom is not a convincing teenager, but he makes up for the miscasting with a really solid performance regardless. Worth the ticket price alone, Kathleen Warfel was an absolute delight as the sassy grandma.

I wish that I could suggest this movie for families, but I’d probably respect the PG 13 rating. As it is, if you like feel good family movies and don’t mind a guy getting shot, beat up, and the friendliest bird flipping in the history of flipped birds, this is a fun one to add to your film fest roster. Plus, it’s one of our Changemaker films benefiting the Animal Humane Society! Yay puppies! 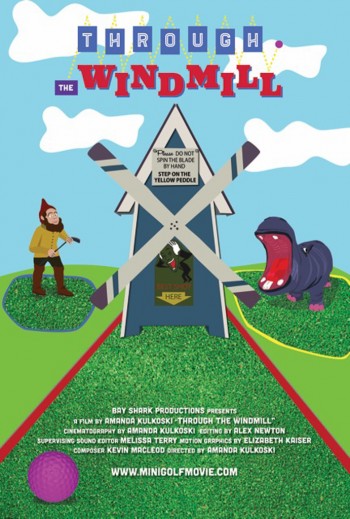 This film explores the past, present and future of miniature golf through the voice of the talented, often unsung, people who design, build and operate them.

If you enjoy people watching, you will love Through the Windmill. Producer and director, Amanda Kulkoski, finds some of the most unique golf courses across the United States and interviews the owners, artists, and fans that she finds at each one. Kulkoski spends the forward half of her film featuring older mini golf courses, most of which are still up and running and then essentially maps out what might be the greatest mini golf road trip of all time. She introduces us to a course centered around a giant (fake) volcano that explodes every twenty minutes, a course that is also a farm, and a golf course that is literally in the basement of a mortuary. And more. So much more.

Over the course of the film it becomes apparent that there is a particular variety of whimsy inherent to those who love mini-golf. The characters that Kulkoski finds in her cross country trip – especially the owners of the courses – are incredibly interesting. Proprietors have been everything from governesses to artists to farmers to formerly disenchanted 9-5ers and, more often than not, their personalities are reflected by their courses.

I disliked Kulkoski’s choice to spend so much time pretending that mini-golf is dying – only to then feature the multitude of ways in which people are re-inventing the pastime. Some courses closing and others opening does not have to be a pain point for the story to be interesting. Generally, the structure of the documentary was pretty haphazard, with historical tidbits sprinkled throughout the film and a really misplaced (but interesting) bit about competitive play.

Through the Windmill is worth seeing. The innovative new courses and classic old ones are fun to see.  The interviews are quirky and fun.  And you’ll learn some stuff!  Do you know the difference between mini golf and Putt Putt?  I didn’t.  Have you heard of guffle board? I hadn’t. And if that’s not enough for you, the Walker golf course is featured toward the end of the film and there are some very Minnesotan interviewees. We’re a delightful breed, us Minnesotans.

Oh, and look forward to an hour and a half of understated carnival tunes playing under the entire movie. 😉

Check out what TCFF 2018 has in store for TUESDAY!