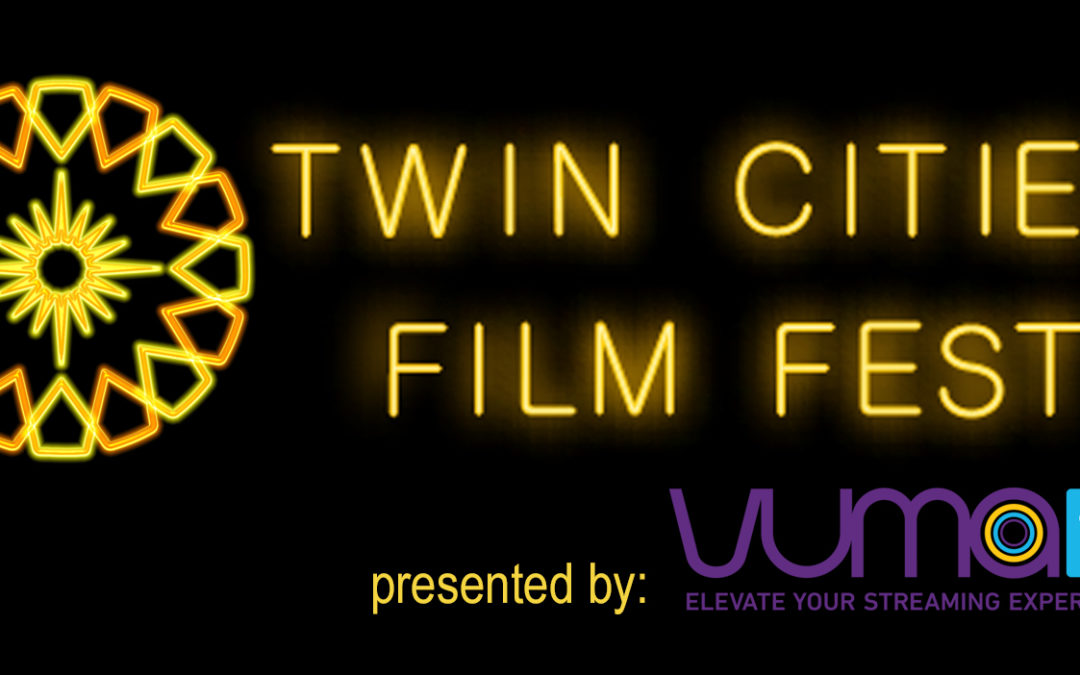 Nomadland, Sound of Metal, Take Out Girl lead this year’s class of nominees;
First-ever hybrid event continues to screen and stream through Saturday

St. Louis Park, MN (October 29, 2020) – The Twin Cities Film Fest, presented by VumaTV, unveiled more than 25 finalists for its top awards Thursday morning, many of which can still be streamed during the event’s final weekend. Among the 2020 contenders for the top Best Feature Film Award are Darius Marder’s electrifying drummer drama Sound of Metal, Hisonni Johnson’s gritty urban thriller Take Out Girl and Chloé Zhao’s Nomadland, which follows the economic collapse of a company town in rural Nevada, Fern (Frances McDormand) packs her van and sets off on the road exploring a life outside of conventional society as a modern-day nomad. The third feature film from director Chloé Zhao, Nomadland features real nomads Linda May, Swankie, and Bob Wells as Fern’s mentors and comrades in her exploration through the vast landscape of the American West. Winner of the 2020 Venice Film Festival Golden Lion and Toronto International Film Festival 2020 People’s Choice Award.

Other notable finalists this year include Lanie Zipoy’s The Subject, which stars Jason Biggs in a captivating performance as a white documentary filmmaker dealing with the fallout of a film that captured the murder of a Black teen on tape; Loira Limbal’s Through the Night, a verité documentary that goes inside the world of single mothers working multiple jobs and the 24-hour daycare centers helping them make ends meet; and Sonia Lowman’s Black Boys, which illuminates the reality facing Black males today through intimate, intergenerational conversations addressing such key issues as education, sports and criminal justice.

Actor Bill Murray is again serving as a special guest judge for this year’s Comedy Shorts Award. Murray will be choosing his favorite comedic short from the three finalists listed below.

This year’s TCFF slate, which marks the first “hybrid” catalog of 70+ films in the event’s history in response to the ongoing pandemic, continues to stream online at TwinCitiesFilmFest.org — and screen in person at St. Louis Park’s Showplace ICON Theatres at The Shops at West End — through Saturday evening. Streaming passes can be used 24/7 and remain available for the festivals final days.

See the complete list of 2020 awards finalists below; for more information on the films and to purchase tickets for the final streamings and screenings, visit TwinCitiesFilmFest.org:

TCFF’s Indie Vision Award — Breakthrough Achievement: Hisonni Johnson and Alberto Triana for their cinematography in Take Out Girl; Abraham and Darius Marder for their screenplay of Sound of Metal; Adam Mervis for his direction of The Last Days of Capitalism; Ahamefule J. Oluo for his music and score in Thin Skin; Malika Zouhali-Worrall for her editing in Through the Night

The TCFF 2020 Changemaker Award: Minnesota Lt. Gov. Peggy Flanagan, for her work in advancing the cause of affordable living across the state.

Twin Cities Film Fest (TCFF) is a Minneapolis-based 501(c)(3) non-profit arts organization founded by Executive Director, Jatin Setia. The Twin Cities Film Fest is an annual mainstream film festival that caters to the general public with one simple goal: To offer audiences access to the best films the global industry has to offer, to stimulate economic activity in the Twin Cities and to offer filmmakers a premiere venue at which to premiere their work. TCFF welcomes donations throughout the year from members, individual donors, volunteers, or corporations. To learn more about TCFF, events, film submissions or to donate, visit twincitiesfilmfest.org.

Vuma’s name quite literally means “all together” and that meaning fluently translates into the mission of the streaming platform: to bring authentic multicultural content into the global limelight. Led by Founder and CEO Alberto Marzan, VumaTV’s vision is to provide curated content for an underserved global multicultural audience— but the platform isn’t meant to promote differences in a way that encourages those audiences to wall themselves off from the rest of the world. On the contrary, Vuma strives to provide a streaming service without borders, sharing content that intentionally recognizes and celebrates race, ethnicity, and intellect around the globe. The VumaTV app is available for download and streaming on iOs, Android, AppleTV, AndroidTV, Amazon FireTV, Roku, and www.vumatv.com.

Founded in 1909 with a single storefront nickelodeon, Chicago-based Kerasotes Showplace Theatres introduced a “new era of moviegoing” with its Showplace ICON Theatres. Owned and operated by third generation family, Tony and Dean Kerasotes, the Company plans to debut Showplace ICON Theatres in additional major U.S. markets, including Boston, Mass.; Washington D.C. and surrounding suburbs; and Laguna Hills and the Silicon Valley in Cal.  For more information, please visit us online at http://www.showplaceicon.com.

ABOUT THE SHOPS AT WEST END

The Shops at West End is an exciting mixed-use development located in the highly affluent suburb of St. Louis Park, just minutes from downtown Minneapolis. Located at the intersection of I-394 & 100, The Shops at West End features restaurants such as CRAVE and THE LOCAL, and various retailers. It is a joint-venture development of Duke Realty, Inc. and Jeffrey R. Anderson Real Estate, Inc. For a complete list of West End tenants, please visit www.TheShopsAtWestEnd.com.